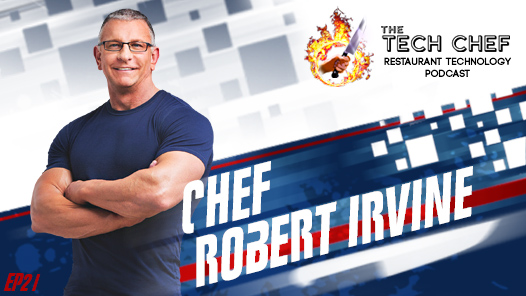 Today is a special day as we wrap up our five part mini series on Food Safety.  If you are a regular listener of this show, I think you have been anticipating this episode just as much as I have.  I was fortunate enough to have the opportunity to talk with Chef Robert Irvine as we discussed a variety of subjects.

If you know anything about him, he has to be one of the busiest people I know!  Most of you know him from his Restaurant Network series like Dinner Impossible, Restaurant Impossible and his most recent, Restaurant Impossible, Back to Business where he helps restaurants put systems and procedures in place to compensate for the damage that Covid19 has caused within the industry.  Through his efforts, he has given struggling restaurateurs a second chance to turn their lives and businesses around in over 200 episodes and counting.     Other things you probably didn’t know about him, he has a food line, a health bar product, a clothing line, a liquor line, restaurants in Vegas and even at the Pentagon…. This guy is a machine!  Speaking of being a machine he was once named one of the 25 fittest men in America by Men’s Fitness Magazine.   An author, an entrepreneur, a philanthropist and huge supporter of our nation’s military, I really don’t know what he will be up to next.

Just one quick announcement before closing out this show, next week, October 12 and 13th is Restaurant Next which is a spectacular online event that has a very impressive list of content and speakers.  For more information and to sign up for FREE if you are a restaurant operator, please visit  https://events.ensembleiq.com/RestaurantNext

Robert Irvine is a world-class chef, entrepreneur, and philanthropist. The host of Food Network’s hit show Restaurant: Impossible, he has given struggling restaurateurs a second chance to turn their lives and businesses around in over 200 episodes and counting. He would know a thing or two about running a successful business. In addition to his restaurants—Robert Irvine’s Public House at the Tropicana in Las Vegas and Fresh Kitchen by Robert Irvine within the Pentagon—he is the owner of FitCrunch, whose protein bars, powders, and snacks are available nationwide; Robert Irvine Foods, which makes prepared, restaurant-quality dishes available in grocery stores and provides food service to military bases worldwide; and the Lansdale, PA-based Boardroom Spirits, creators of handcrafted vodka, rum, whiskey, and more.

A portion of the proceeds from all of Robert’s endeavors benefit the Robert Irvine Foundation. Created in 2014, the foundation gives back to our servicemen and women and first responders. Funds raised help at-need veterans and first responders in a variety of ways: training service dogs, making mental health and wellness services available, providding mobility devices for the disabled, and much more. Learn more at RobertIrvineFoundation.org.

Next week I will be covering the Restaurant Next online conference with daily updates. You can expect these available to you on Tuesday and Wednesday mornings. I will be doing a separate show recap for each day of the conference. I don’t want you to miss ANY of that great content! 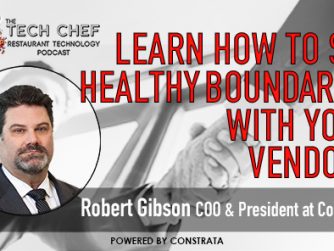 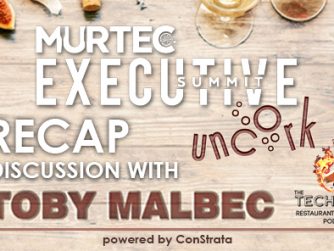 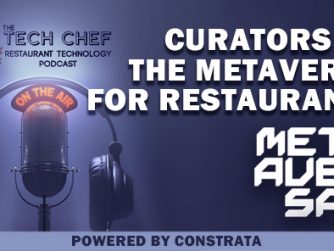 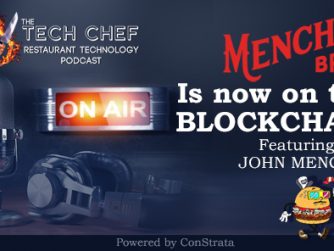 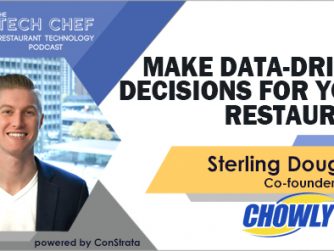 Make Data-Driven Decisions For Your Restaurant

Today’s guest on this show has been a dear friend for quite some time. For some reason, we always “clicked” and I love nothing more to run... 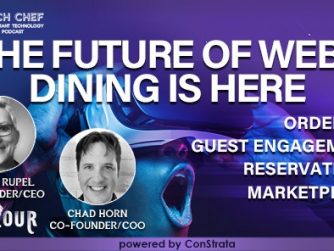 The Future of Web3 Dining Is Here

We'll be taking a look at some groundbreaking web3 restaurant technology news that happened last week. Our special guests from Devour will...